Between a human and a tree is the breath. We are each other’s air.
-Margaret Bates

There is a wild beauty in the statuesque older trees that thrust their limbs skyward above our suburban dwellings. These trees provide numerous benefits to humans for free and without any demands, except perhaps to be allowed to live. Sadly more and more of our big old trees are disappearing from suburban areas and in most places big tree species are no longer being planted. Undoubtedly this urban forest adds value and prestige to areas like Unley and if we don’t act now to halt the loss of trees, in a generation all our Adelaide suburbs will resemble stark concrete deserts. Yet most people fail to even notice the demise of these trees, some of which stood tall and proud before Europeans even set foot on this land.

In February Unley Mayor Lachlan Clyne wrote to the Save Unley Trees Campaign advising that from August 2016 to January 2017 there were 29 applications for removal of significant and regulated trees with 20 approved. Our research shows that from May 2016 to April 2017, applications were submitted to the council to remove a total of 63 significant and regulated trees on private land. Of these, 39 were approved to be cut down, equating to roughly 3 trees every month. Imagine what our suburbs will look like in 10 years time if this rate of tree removal continues.

We, as human beings, have a long history of reliance on trees for shelter, food and fuel. This connection is reflected in the health effects we gain from exposure to trees. A number of studies have found that walking, sitting under, or even simply having a view of a tree can improve our physical and psychological health. Nature play for children and adults are in vogue and rightly so. What a bonus it is then to live in areas where you can access the health giving benefits of trees by simply stepping into your backyard or strolling down to the local street.

The value of trees also extends to the health of the community. There is great concern about the effects of climate change. One of the simplest and low cost ways to combat air pollution and rising temperatures is to have a good mature tree canopy.

Then there is the biodiversity that is reliant on trees. A mature gum tree for instance can provide homes and food to a variety of birds and animals. Given that another great catastrophe of our time is the rapid decline in biodiversity, the protection of habitat for other animals and birds is of vital importance and we cannot simply relegate such responsibilities to distant rural areas. It is the responsibility of all of us to ensure that our little part of the world is a healthy space for humans and the other native creatures that inhabit it. The majority of Australians live in urban areas and these urban habitations are spreading further and further out at a rapid pace. So it is our responsibility as urban dwellers and inhabitants of this planet to respond in meaningful ways in our local area to globally important issues of climate change and biodiversity loss.

We could keep extolling the virtues and importance of trees to human beings but in many ways it comes down to the simple notion of respect and love. In our scientific, rational era, emotions are seen as irrelevant to issues of development, planning and progress. Yet in the last decade places like New Zealand are giving legal rights to natural entities(1). This excerpt from The Advertiser on 21 March 1933 by journalist Ernest Whitington, about the Eucalypts lining Brownhill Creek near Heywood Park, is as applicable now as it was then:
“I honour these men who love our gum trees and do something really practical to preserve them. I’m sure posterity will bless them for it”.

So let’s all do what we can to save the trees we cherish in Unley and across Adelaide’s suburbs. As they recently did in Melbourne(2), let’s write love letters to these life-nurturing trees and send it to those in power, the politicians and councils, who are currently approving the alarming level of tree loss across the state. A tree is not like a piece of Ikea furniture. It cannot simply be replaced by planting another one. We do need to keep planting trees, but we also need to be much more circumspect in our removal of trees, especially our significant trees, only doing so if they are diseased, declining or dead. In this way we will pass down to future generations some beautiful green liveable areas like Unley instead of bleak concrete deserts. 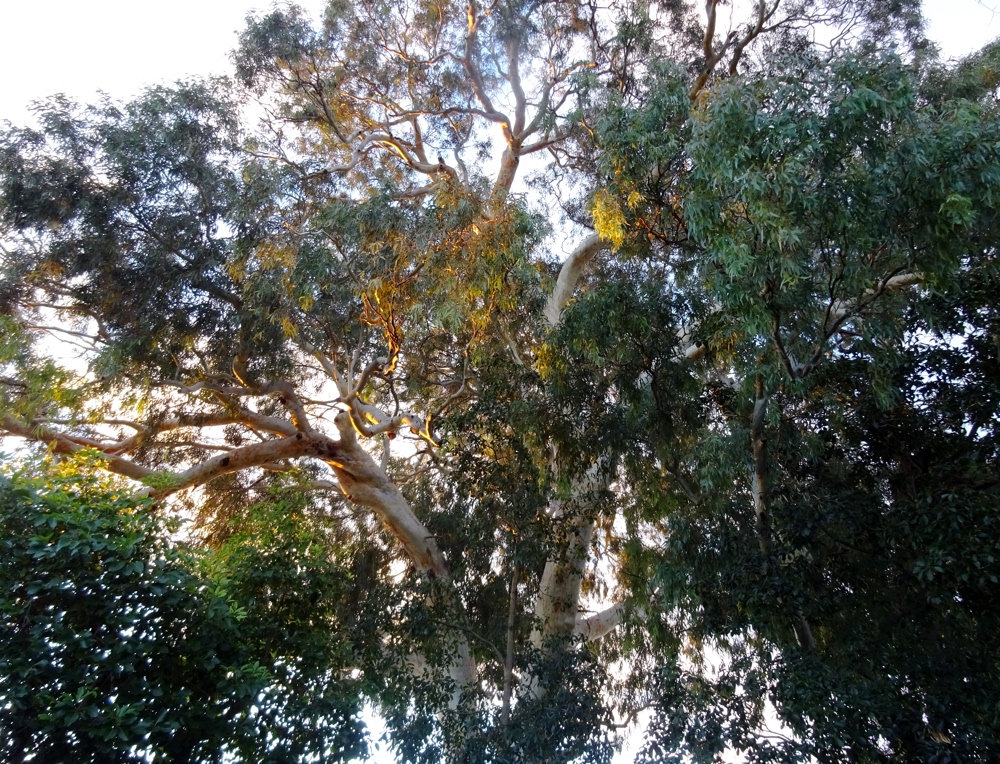 (1) This year (2017) New Zealand recognised the Whanganui River as a living entity with same legal right as a human person. In 2008 Ecuador included in its Constitution the Rights of Nature that acknowledge that nature in all its life forms has ‘the right to exist, persist, maintain and regenerate its vital cycles. And we – the people – have the legal authority to enforce these rights on behalf of ecosystems. The ecosystem itself can be named as the defendant.’ In 2010 Bolivia passed the Law of the Rights of Mother Earth which gives rights to all of nature.

(2) Melbourne has a wonderful Urban Forestry Strategy where it plans to double tree canopy cover by 2040 by planting 3000 trees annually and only removing existing public trees if they are dead, declining, structurally poor or hazardous. As part of this Strategy, the trees were mapped and assigned a number and people could send an email to report damaged branches, vandalism or other problems. Instead there was an outpouring of love letters for various trees around the city. www.theguardian.com/environment/2015/jan/29/city-of-melbourne-prepares-to-see-some-emails-lovely-as-its-trees